In 1987, just 140 people made it onto the global Forbes list, together owning US$ 295 billion. Thirty years later, there are 2,043 billionaires with US$ 7.7 trillion net worth. The spectacular rise of billionaires since the 1980s can be linked to structural changes within three realms:

Learn more about the evolution of inequality

Academic research on plutocracy – the rule of the wealthy – is not as advanced as one may think. In a major recent study, Jeffrey Winters (Northwestern University) has defined oligarchy as “the politics of wealth defense by materially endowed actors”. For him, in democracies, the ultra-wealthy mainly try to influence tax policies, in order to avoid redistribution by the state, creating what he calls “civil oligarchies“. While we see evidence of this in many places, the focus on taxation is too narrow – many billionaires also enter politics to pursue other goals besides just limiting their tax bill.

Martin Gilens (Princeton University) has been at the forefront of demonstrating the connection between “Affluence and Influence” in American politics. Here, you can watch a lecture in which he explains his findings:

Following Charles Lindblom’s influential exposition of the privileged position of business, one may argue that the power of billionaires rests mainly on the firms that they own. In this role, however, billionaires are similar to the CEOs that are employees of a corporation owned by a variety of shareholders. The degree of autonomy may vary, but billionaires’ behavior as CEOs will be largely driven by the economic logic of the corporation as an institution that wants to make profits and needs to respond to its share- and stakeholders. Several watchdogs are already focusing on corporations, such as Corporate Accountability International.

What sets billionaires apart is their individual control of vast financial resources, which they can use to pursue their own political objectives. Sometimes, the corporate and the individual logics overlap – most notably when billionaires control media businesses. For the most part, billionaireswatch.org is concentrating on “private wealth in public policy“.

What can be done to limit the political power of billionaires?

For the U.S., represent.us has developed a plan for legal changes to roll back what they call the “legal corruption” of American politics – too much influence of private wealth in public policy, through campaign financing and lobbying:

Learn more about the Regulation of Political Finance here!

Alaska has a new election system. Could it protect Murkowski from pro-Trump backlash?
25 February 2021

While Murkowski’s vote to convict Trump drew the ire of his allies, Alaska’s new election system could help mitigate the consequences of her decision. [...]

Democrats plan to revive congressional earmarks after a decade-long moratorium on the funding practice. [...]

Trump raised record money for state parties, then his RNC took it back
24 February 2021

Republican state parties across the country are condemning GOP lawmakers who go against Donald Trump after putting their financial fortunes in the hands of the former president. [...]

Unions spent big to boost Biden. Will he return the favor?
19 February 2021

Congress could pass the $1.9 trillion relief bill by mid-March, experts say. Here's what you need to know. [...]

6 Dr. Seuss books will stop being published due to racist images
2 March 2021

The proposal would implement a 2% tax on households worth more than $50 million — but the plan faces hurdles. [...]

In an unprecedented video message, the president urged management to back off and let workers decide. [...] 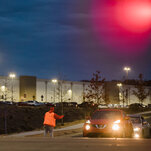 A vote on whether to form a union at the e-commerce giant’s warehouse in Bessemer, Ala., has become a labor showdown, drawing the attention of N.F.L. players, and the White House. [...]

How Can Biden Bring Back Manufacturing Jobs? Weaken the Dollar
1 March 2021 - Noam Scheiber 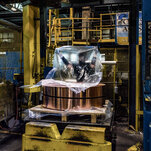 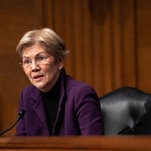 A tax on the net worth of America’s wealthiest individuals remains popular with voters, but has yet to be embraced by President Biden. [...]

They Were on Equal Footing. Then the Ground Shifted.
27 February 2021 - Nelson D. Schwartz and Alyssa Schukar 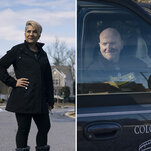 A year of pandemic restrictions has meant some friends are flush and others foundering. [...] 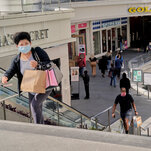 Personal income and spending both surged in January as a new round of government checks hit Americans’ bank accounts. [...]