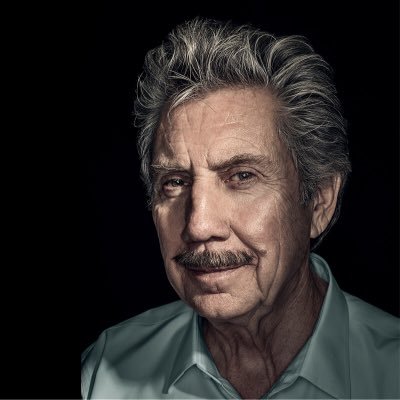 There has been, and is an existing presence; an ET presence. And I’ve spent millions and millions – I’ve probably spent more as an individual, than anybody else in the United States has ever spent on this subject. (Wired Interview)

According to OpenSecrets.org campaign financing report on Robert Bigelow, he has made campaign donations to both Republicans and Democrats which have totaled up to more than $150,000. His largest contributions have to been made to the Republican Central Committee of Nevada and the Democratic Senatorial Campaign Committee and well as a number of Republican Super PACs.

In 2017, The New York Times released an article titled “Glowing Auras and ‘Black Money’: The Pentagon’s Mysterious U.F.O. Prorevealedem which revealed a department within the US Defense Department that is tasked with UFO research. According to the report, it was run by a military intelligence official, Luis Elizondo, inside the Pentagon’s C Ring, which is deep within the building’s maze. The program was begun and funded at the request of Harry Reid, a Nevada Democrat and the Senate majority leader at the time. Reid, according to the report, had a long interest in space phenomena.

The authors report that most of the money allocated to the project went to an aerospace research company which is owned by,   a longtime friend of Reid’s, Robert Bigelow.

The New York Times reporters who authored the article also conducted several interviews including one with Harry Reid himself. According to their interview, Reid openly stated that his interest in UFO research stemmed from friendly conversations with Robert Bigelow.

David Ewalt of Forbes.com reported that Robert Bigelow has spent $210 million on UFO and aerospace research and has pledged to spend a total of $500 million total.

Robert Bigelow does not own or control influential media outlets however he maintains a celebrity status by occasionally giving interviews and tweeting.

While Robert Bigelow’s most significant philanthropic contribution is to aerospace research he also donates to universities and other scientific research. He has given $3.7 million to the University of Nevada Las Vegas to establish a “consciousness studies” program that taught classes about life after death. Additionally, he gave an estimated $10 million to fund the UFO-hunting National Institute for Discovery Science which he later closed down.

Congress will consider a sweeping democracy reform package in the first days of the Biden administration. [...]

Ten GOP lawmakers voted to impeach Trump on Jan. 6, which could lead to consequences for them down the line in 2022. [...]

The Republican Accountability Project hopes to raise $50 million to support lawmakers who voted for impeachment. [...]

Several major corporations rethinking corporate PAC spending after violent attacks on the U.S. Capitol have a history with “dark money.” [...]

Court rules ecommerce giant is under no obligation to host some Parler users' "incendiary speech." [...]

The third-highest lottery prize in U.S. history is on the line in Friday night's Mega Millions drawing — an estimated $970 million. [...]

$731 million Powerball jackpot has one winning ticket, in Maryland
22 January 2021

The Mega Millions grand prize stands at $970 million and counting. This was the first time both lotteries topped $700 million simultaneously. [...]

But experts and the U.S. Chamber of Commerce also say a national push for Americans to cover up is a "no-brainer." [...]

Youngest inaugural poet says she is "on the floor" that her books are attracting so much interest. [...]

Unions, which largely support the new president, had complained that the Trump administration did little to protect workers from the coronavirus. [...]

Relentless unemployment claims show the pandemic’s grip on the labor market. Help from the recent stimulus bill may lapse before an upturn arrives. [...]

A decline in funding and changes in the workplace — and how long people are out of work — have left a program unequal to the 21st-century economy. [...]

Rivian, which has raised another $2.65 billion, plans to sell a pickup truck and S.U.V. it has worked on for more than a decade. [...]

Policymakers are eager to return to the period of low unemployment that preceded the pandemic and are less concerned than in previous eras about sparking inflation and taking on debt. [...]